My Interview with Christy from Tyhada Reads Book Blog

Check out my interview with Christy at Tyhada Reads.

She asks some pretty detailed questions about my writing process and how I came up with the name for the series!

SAVE THE DATE! Beyond Eighteen release date is October 2nd, 2013! Also, make sure to check out the book tour for Beyond Eighteen from October 21st through the 25th. There will be interviews, reviews, and giveaways! 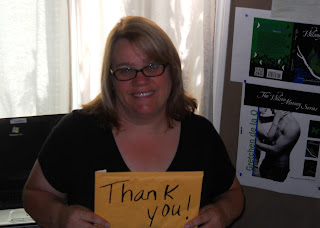 Posted by Written and Ready at 9:07 AM No comments:


I've had several people ask me...What’s going on with Beyond Eighteen (book 3 in the Wilson Mooney Series)?

First off, I know you feel like you’re floating in a blow-up raft in the middle of a shark infested body of water known as Wilson and Max. Bailing water from the sinking boat, and hoping that the little lifelines I seem to throw you will keep you from becoming shark bait. I get it. I truly understand the frustration, anticipation, and impatience y’all must be feeling, because I feel that way too! (thanks Shark Week)

With anything I feel impassioned about; I want to keep it safe. I want to make sure everything is in proper order before I let it go off on its journey. It’s so important to me that I give as much of myself that I can to the stories I write.

When the characters talk through me, or I feel that spark to write, it is as if everything else bows out. My family, friends, house, animals, events, everything becomes the background on which my writing is fueled. Life around me goes on going, while I disappear in the folds of my stories and the heartbeats of my characters.

The people, who know me and love me, try to understand. They continue to support me, but I can see and feel when they are reaching the saturation level of being ignored. Doors become heavier as they close with more force, calls and texts become a little longer, with words like, “I know you’re writing, but”, and my family gets tired of the excuse, let me just finish this chapter. As a matter of fact, I know my family and friends sometime feels my characters get more time with me then they do, and truthfully, sometimes they’re right.

Inspiration has a way of showing up at the most inopportune of times and so does its nemesis procrastination! There are days when I want to ignore the cat calls from the fictional characters in my head and the bellyaching from my boys in real life, and just take a day to myself. But, well, that just wouldn’t be fair to everyone.

So, here’s where I am with Beyond Eighteen...I hope it eases your mind. The first 3/4 of the book is written, and as of yesterday, is with my editor, Tiffany. I am at a pivotal point in the book and I feel like there is roughly another 3 or 4 chapters to go before Wilson and Max’s story will be done for this series. A couple of my beta-readers have been reading it all along, helping me catch inconsistencies. My graphic designer has finished the ebook cover and it is ready to go, the paperback is really close. I have been communicating with bloggers and other authors about promoting the series. And if all goes well, I will revise, re-read, and revise before back to editor and then off to the world. So the big question everyone is waiting for…When will book 3 be released?

Beyond Eighteen will be released on a very special day…October 2nd, 2013, (Ed and my 19th wedding anniversary).

HEY! MARK YOUR CALENDARS!
I'll be in Las Vegas on August, 17th at the Hard Rock Hotel from 2-6pm.

With Love and Gratitude, 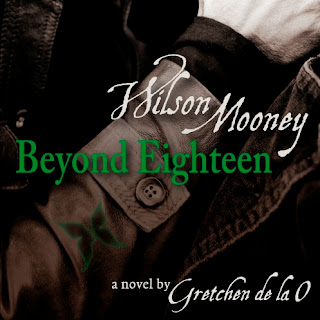 Posted by Written and Ready at 2:29 PM No comments: